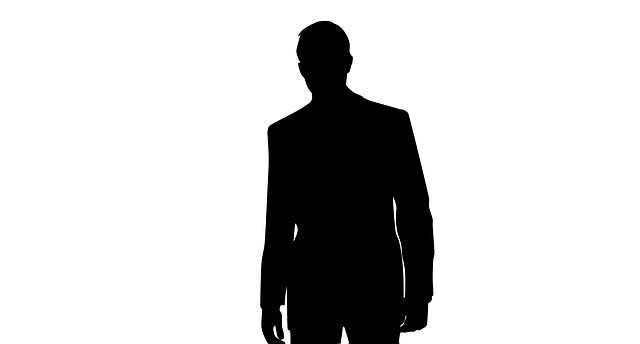 When I was 12 years old I made a decision. I was going to be rich. I looked up to successful people and wanted what they had: financial freedom. They seemed to be happier than everyone else. But who was I kidding? Becoming rich would be an uphill battle. I was from a middle-class family of humble means. There was no trust fund. And my parents didn’t have work connections to land me my first job. The odds were stacked against me. But I still made the decision to be rich and started on my wealth-building journey. And the path I chose to get me there: do-it-yourself investing “DIY Investing”.

How I became a DIY Investor:

I realized that if I wanted to make money by investing in stocks I had to study successful stock investors. Common sense, right? Isaac Newton said it best:

“If I have seen further than others, it is by standing upon the shoulders of giants.”

These were the six most formative investing books for me:

I would also study Forbes’ list of the 500 Richest People in the World and Canadian Business’ Richest Canadians. It then all became very clear to me. I could become rich by earning money, saving the proceeds, and investing in stocks as other rich people, such as Warren Buffett had done before me.

I had opened my first bank account when I was about 8 years old. As you can imagine there wasn’t much there; cash from birthdays, Christmas, and some chores. Maybe $500 in total from what I can remember. I had to earn/save more money fast! So I did what Warren Buffett had done at my age – delivered newspapers. At 12, I joined PennySaver and became a paperboy for three neighborhoods in my hometown of Mississauga. I deposited each paycheque, along with any other money, straight into my savings account.

Once I turned 14, and just started high school, my savings account had grown to about $5,000. At that point, I wanted to invest in stocks. But because of my age I wasn’t eligible to open a brokerage account. So I started with bonds. After returning home from the bank, I placed those newly purchased Canadian Savings Bonds into a small but sturdy wooden box, hiding it safely under my bed. I was so proud. I knew that my bonds would generate interest for me on the principal amount ($5,000). “Compound interest is like magic”, I thought. “And the earlier I started the longer my money would compound (‘work’) for me”. Throughout high school, I would work several odd-jobs (mechanic shop janitor, meat department clerk, and Best Buy associate), all the while saving money from each paycheque, and then buying more bonds.

4. Investing in Stocks (the inflection point)

I turned 18, and was ready to enter University (party time!). In September, 2005, I moved into my “cozy” on-campus dorm room at the University of Waterloo. But even more exciting was that I finally opened my first brokerage account. By investing in stocks I could compound returns through both capital appreciation (i.e., stock price goes up) and dividend income (i.e., quarterly dividends from companies). I had already cashed out of my bonds; $10,000. So I invested that money evenly into 5 stocks, owning a $2,000 stake in each company. I felt like a true capitalist. This is how my idols, Benjamin Graham, Philip Fisher, Peter Lynch, and Warren Buffett, got rich; by investing in stocks. As I earned money though co-op job placements (which I recommend to every young person!), and bought more stocks, my portfolio grew, and grew, and grew. I was on top of the world. And then the financial crisis happened.

I was 21 years old when the entire world ended in 2008 (or so most people thought at the time). The financial crisis thrust economies around the world into recession. Stock markets collapsed. And my stock portfolio imploded. I suffered around a 50% decline from peak to trough. The financial press was all doom and gloom. “Sell! Sell! Sell!” Most people were scared and converted their stocks to cash. So I invested all of my savings into my existing stock holdings. When I pulled the trigger I was scared stiff. But I’m glad I made that move as my stocks would soon rebound, pushing above pre-financial crisis highs into the years to come. I bought quality stocks on sale. 50% off! Was I a young genius; able to time the market? Nope. I simply learned from Benjamin Graham, the father of value investing, that economies and markets operate in cycles. Therefore, an investor could capitalize on manic markets, rather than become fearful and flee. Indeed, 2009 was a great year to be a value investor. I would make a similar move in February, 2016 to capitalize on a bear market in Canadian stocks where the TSX declined close to -25% from its high in September, 2014. Now I know that the average bear market (on the TSX) has declined -28%, lasting 9 months, while the average bull market has advanced +124%, lasting 50 months. Based on this historical evidence then since 1956, I should eventually be rewarded when I take on “risk” (i.e., investing in cheaper stocks) during bear markets. As Warren Buffett said:

In 2010, upon graduating from the University of Waterloo, I had about $50,000 in my stock portfolio. More money than any of my friends. This was certainly an inflection point for me as the magic of compounding started to take real effect and I was just about to enter a full time career and earn a much bigger paycheque (plus bonus), which meant more money for stocks. By 2013, three years into my first full time job, my portfolio had grown to about $125,000. However, I realized that I could build wealth faster if I compounded returns at a greater rate. So, at 25, I made it my mission to build a portfolio that actually beat the market. I started watching BNN Market Call, re-reading the best investing books, and magazines (Money Sense, Canadian MoneySaver, and Canadian Business) and following the top investors around the world. From that I re-structured my portfolio into one that I’ve comfortably maintained since.

7. Sticking to My Investment Strategy

My DIY investing journey has been fulfilling so far. But I also know that I can further improve my odds of success by continuously learning, and improving my investing craft. This is why I recently met with some of Canada’s top investors. 28 in total. They told me how they invest in stocks, bonds, and options; sharing their proven investing strategies. It was enlightening. So I decided to put all of their investment advice into a book – Market Masters. You can now purchase Market Masters in Chapters, Indigo, and Coles stores across Canada as well as on Amazon.ca.