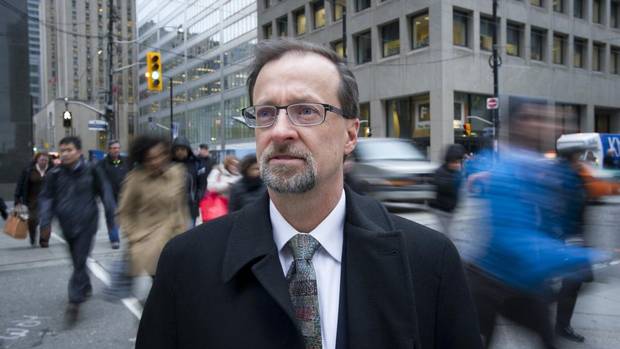 My full interview with Martin Ferguson of the New Canada Fund originally appeared in my national bestselling book, Market Masters, which is available at Chapters, Indigo, and Coles as well as Costco and Amazon.ca.

Martin Ferguson is the small-cap king of Canada. That said, he’s surprisingly humble about it. Martin’s New Canada Fund has achieved a 13.7% compound annual return over a 10-year period, and an annualized 15-year return of 16.5% compared with the median 10.7% return in the Canadian Small-/Mid-Cap Equity category as tracked by Morningstar. In 2013, the New Canada Fund posted an impressive return net of fees of 49.4%. Assets under Martin’s superb management are above $1 billion.

Surprisingly, though, Martin still didn’t feel worthy of being interviewed. He assumed Jason Donville recommended him to me to be interviewed, but I had known about Martin’s exceptional market performance for years. “I would be pleased to talk to you and answer your questions, if only to determine if I am ‘Master’ material. I value Jason’s opinion on many investment topics but his recommendation [of including me in your book] may be beyond his area of genius,” said Martin.

I responded almost immediately with this list of why I had independently, and irrefutably, included Martin in the Market Masters roster:

Thankfully, Martin finally agreed to be featured in this book. Although his process for picking small-cap stocks is not necessarily unique, it is rigid and scientific and thus not easy to implement on the first go. For example, we discussed the significance of internal cost of capital. Martin primarily employs the return on invested capital or ROIC metric to valuate stocks, and will favour companies where ROIC is greater than their internal cost
of capital. From there he overlays various other models, admittedly more advanced and again increasingly difficult to implement for the beginner investor. The formulas we discussed may seem complex at first. But my recommendation is to work through those formulas with actual stocks (for example, try them with Bell Canada). As the saying goes, practice makes perfect.

During the interview, I asked Martin to compare and contrast his approach to Jason Donville’s preferred ROE (return on equity) valuation method. His reply is food for thought. Finally, you’ll learn that Martin has a golden touch that transforms not only his small-cap stocks into winners, but also his entry-level employees into top performers.

1) “We focus on companies that can generate a return on invested capital greater than their cost of capital over time. Companies that create cash flow that in turn generate wealth.”

2) “ROIC takes into account the fact that companies can use debt and it also gives an idea of the overall return of the business rather than the equity.”

4) “We have set up our own discounted cash flow models in order to determine intrinsic value. Those models go out 15 years.”

5) “We’re not looking at today’s P/E; we’re looking at its internal rate of return. When you conduct a discounted cash flow analysis on a company, you figure out what cash flows it will generate into the future.”

7) “If [management is] not using that cash flow wisely, putting it to low return or inefficient uses, then they can destroy capital so quickly.”

8) “The first thing you must realize is that Canada essentially is a small-cap market. There are very few large-cap companies in Canada.”

9) “I look at companies from $100 million market cap up to about $1.5 billion market cap. And there’s approximately four hundred of those small-cap stocks in the market today.”

10) “Investing is a loser’s game; what we try to do is put probabilities in our favour by sticking to our process, which means valuing companies based on their ability to generate wealth. In this industry there’s no such thing as perfection.”

11) “As a generalization, [commodity companies] are riskier. They are price takers. They sell a commodity. Commodity means undifferentiated product. So, yes, they lack that pricing power.”

12) “A lot of managers won’t invest in a company until they’re a certain size. By the time they grow to a certain size, the run may be done.”

13) “We will work to emphasize those [stocks] that have the best opportunity to provide the highest return on a risk-adjusted basis. [But] as stocks go up in price, and the potential return falls, we actually look at deemphasizing them in our portfolio [and] invest in whatever other sectors look more attractive.”

14) “We hold on average 40 to 60 stocks. To get there, what we consider a full position is a 3% weight. So in other words, in order to create a diversified portfolio, we assume we need about 33 companies.”

15) “We also have what we call ‘confidence weight,’ when we have a higher degree of confidence that any company will do well.”

16) “I believe that there are opportunities in the small-cap area that exceed those in the large-cap area, offset by higher risk.”