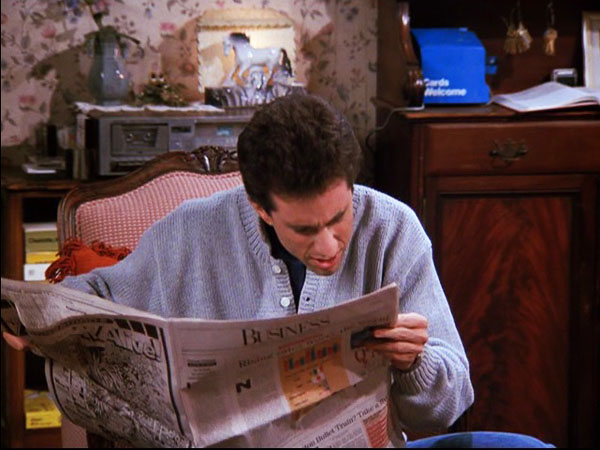 [This was originally sent to my newsletter subscribers on December 24, 2016]

The holiday season is almost here. And what better time to catch up on some books you’ve wanted to read all year, or watch some movies or TV shows from past and present. My tradition is to watch National Lampoon’s Christmas Vacation. That movie never gets old for me. It’s such a dysfunctional Christmas for the Griswold family.

I’m also a Seinfeld fan, and while it’s not a Christmas episode, I do recommend that you (re)watch “The Stock Tip”, which is the fifth episode of the first season of Seinfeld. In that episode George Costanza tells Jerry Seinfeld and Elaine Benes that a friend of a friend of his has given him a stock tip, and he encourages them to invest in it too. Jerry does so, but as soon as he does, the value of his stock falls. I like the episode because I think we’ve all been there, one way or another, and lived to regret it. Over the weekend, I was talking with a friend, who runs one of the great (and often times hilarious) financial blogs in Canada (http://dontfuckwithdonville.blogspot.ca) and we both agreed that conducting ones own independent research is essential in the stock picking process. Going on just a stock tip is a bad idea. Anyway, it’s a funny episode, and I think you’ll enjoy it over rum n’ egg nog or whatever’s your holiday drink.

I also want to let you know that this month I donated $1,000 to the SickKids Foundation and that next year I’ll be writing another cheque, as I’ve committed to them a portion of my own royalties for the lifetime of sales from Market Masters.