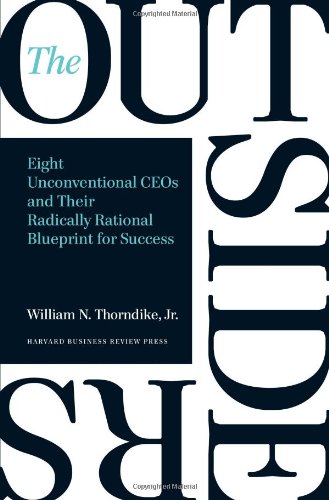 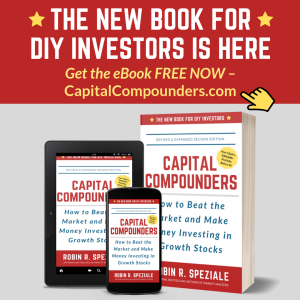 Warren Buffett doesn’t normally endorse books. From my understanding he’s only endorsed The Intelligent Investor, The Most Important Thing, and Common Stocks and Uncommon Profits, with the most recent being the focus for today’s discussion, The Outsiders, written by William N. Thorndike. Buffett recommended The Outsiders in Berkshire Hathaway’s Annual Shareholder Letter (2012), calling it “an outstanding book about CEOs who excelled at capital allocation”.

The Outsiders chronicles eight CEOs whose firms’ average returns outperformed the S&P 500 by a factor of twenty-in other words, an investment of $10,000 with each of these CEOs, on average, would have been worth over $1.5 million twenty-five years later. I really enjoyed The Outsiders because I’m a big believer in shareholder-friendly management. The most successful capital-compounder stocks in my portfolio are all run by superb CEOs. And as an investor it’s important to know how to evaluate those able managers (i.e., the metrics that determine a CEO’s success). While The Outsiders does a great job at that, as a Canadian, I was left wondering who the author would have included if he expanded his search to Canada. So, after reading the book, I emailed Mr. Thorndike and asked which Canadian CEOs in his opinion would fit into the realm of “Outsiders” – CEOs who excel at capital allocation. He replied with some possibilities: Mark Leonard (Constellation Software), Prem Watsa (Fairfax Financial), and Bruce Flatt (Brookfield Asset Management). But he did preface that list by admitting, “I have not done a thorough study of Canada”.

Below I’ve posted important excerpts from The Outsiders that I feel sum up the main message of the book. I do encourage you to pick up The Outsiders from the library if you have some free reading time over the next couple of weeks (it’s only 272 pages).

“What makes a successful CEO? Most people call to mind a familiar definition: ‘a seasoned manager with deep industry expertise.’ Others might point to the qualities of today’s so-called celebrity CEOs-charisma, virtuoso communication skills, and a confident management style. But what really matters when you run an organization? What is the hallmark of exceptional CEO performance? Quite simply, it is the returns for the shareholders of that company over the long term.”

“CEOs need to do two things well to be successful: run their operations efficiently and deploy the cash generated by those operations.”

“Basically, CEOs have five essential choices for deploying capital—investing in existing operations, acquiring other businesses, issuing dividends, paying down debt, or repurchasing stock—and three alternatives for raising it—tapping internal cash flow, issuing debt, or raising equity. Think of these options collectively as a tool kit. Over the long term, returns for shareholders will be determined largely by the decisions a CEO makes in choosing which tools to use (and which to avoid) among these various options. Stated simply, two companies with identical operating results and different approaches to allocating capital will derive two very different long-term outcomes for shareholders.”

“Essentially, capital allocation is investment, and as a result all CEOs are both capital allocators and investors. In fact, this role just might be the most important responsibility any CEO has, and yet despite its importance, there are no courses on capital allocation at the top business schools. As Warren Buffett has observed, very few CEOs come prepared for this critical task: The heads of many companies are not skilled in capital allocation. Their inadequacy is not surprising. Most bosses rise to the top because they have excelled in an area such as marketing, production, engineering, administration, or sometimes, institutional politics. Once they become CEOs, they now must make capital allocation decisions, a critical job that they may have never tackled and that is not easily mastered. To stretch the point, it’s as if the final step for a highly talented musician was not to perform at Carnegie Hall, but instead, to be named Chairman of the Federal Reserve.”

“[Henry] Singleton was a master capital allocator, and his decisions in navigating among these various allocation alternatives differed significantly from the decisions his peers were making and had an enormous positive impact on long-term returns for his shareholders. Specifically, Singleton focused Teledyne’s capital on selective acquisitions and a series of large share repurchases. He was restrained in issuing shares, made frequent use of debt, and did not pay a dividend until the late 1980s. In contrast, the other conglomerates pursued a mirror-image allocation strategy—actively issuing shares to buy companies, paying dividends, avoiding share repurchases, and generally using less debt. In short, they deployed a different set of tools with very different results.”